On 4th June, B-9-10 at East Gate Llanelli, introduced the ultimate Welsh burger to celebrate the launch of its new locally sourced gourmet burger menu.

On Thursday 4th June, B-9-10 at East Gate Llanelli, introduced the ultimate Welsh burger to celebrate the launch of its new locally sourced gourmet burger menu.

The lamb burger is the creation of B-9-10 head chef Ian Woods and brings togher some of the most prized Welsh produce to raise the once humble burger to new culinary heights.

The Gower Salt Marsh Lamb used to create the burgers has been prized by diners and chefs alike for its distinctive flavour and meltingly tender texture, which makes it strikingly different from mountain lamb. The juict meat is also darer than moutnain-reared lamb, has less fat and is fully traceable.

The launch event on Thursday 4th June gave people the opportunity to sample its delights for themselves. 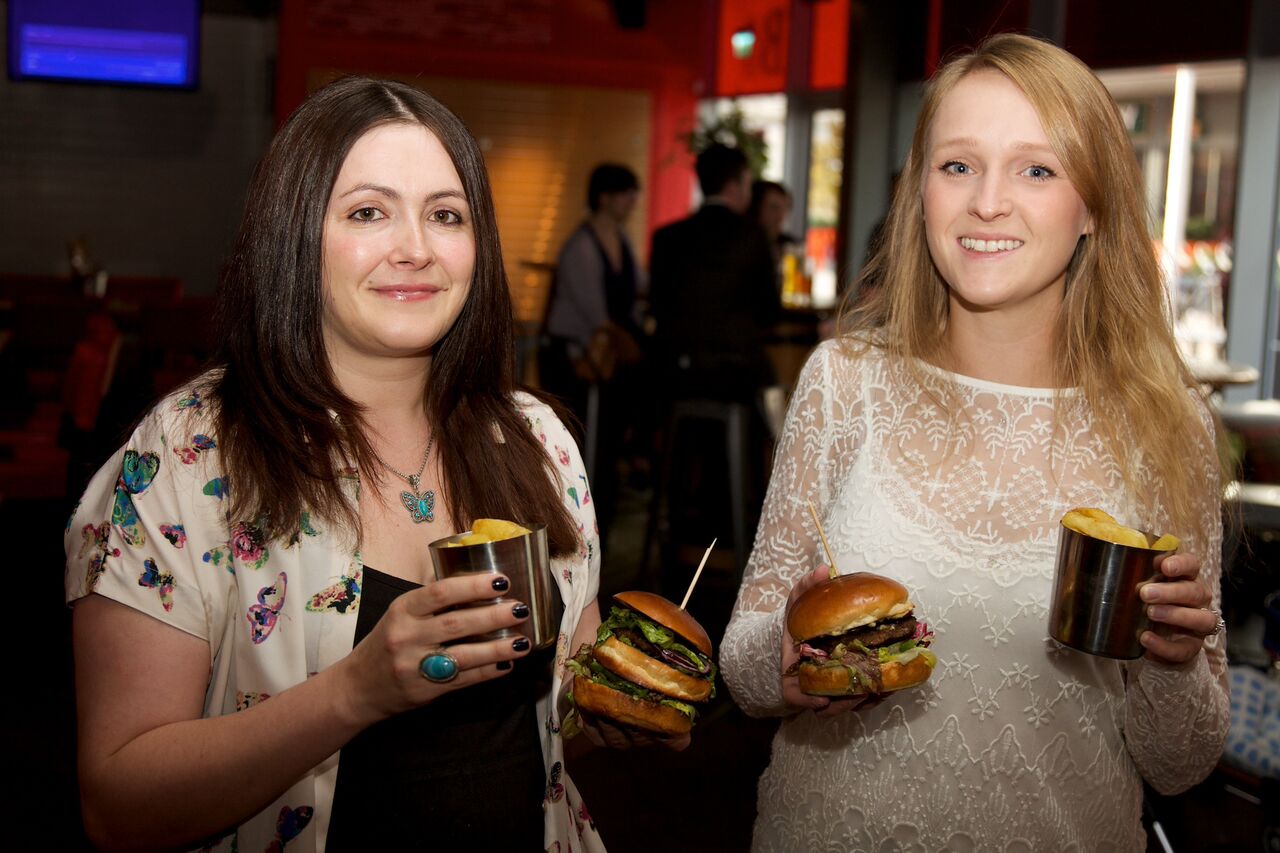 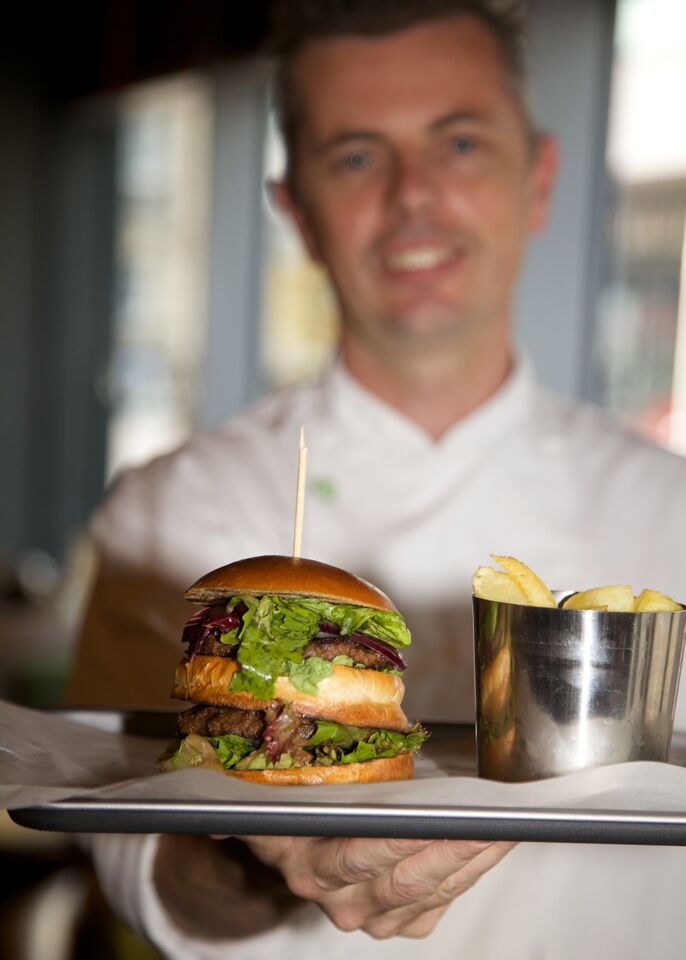 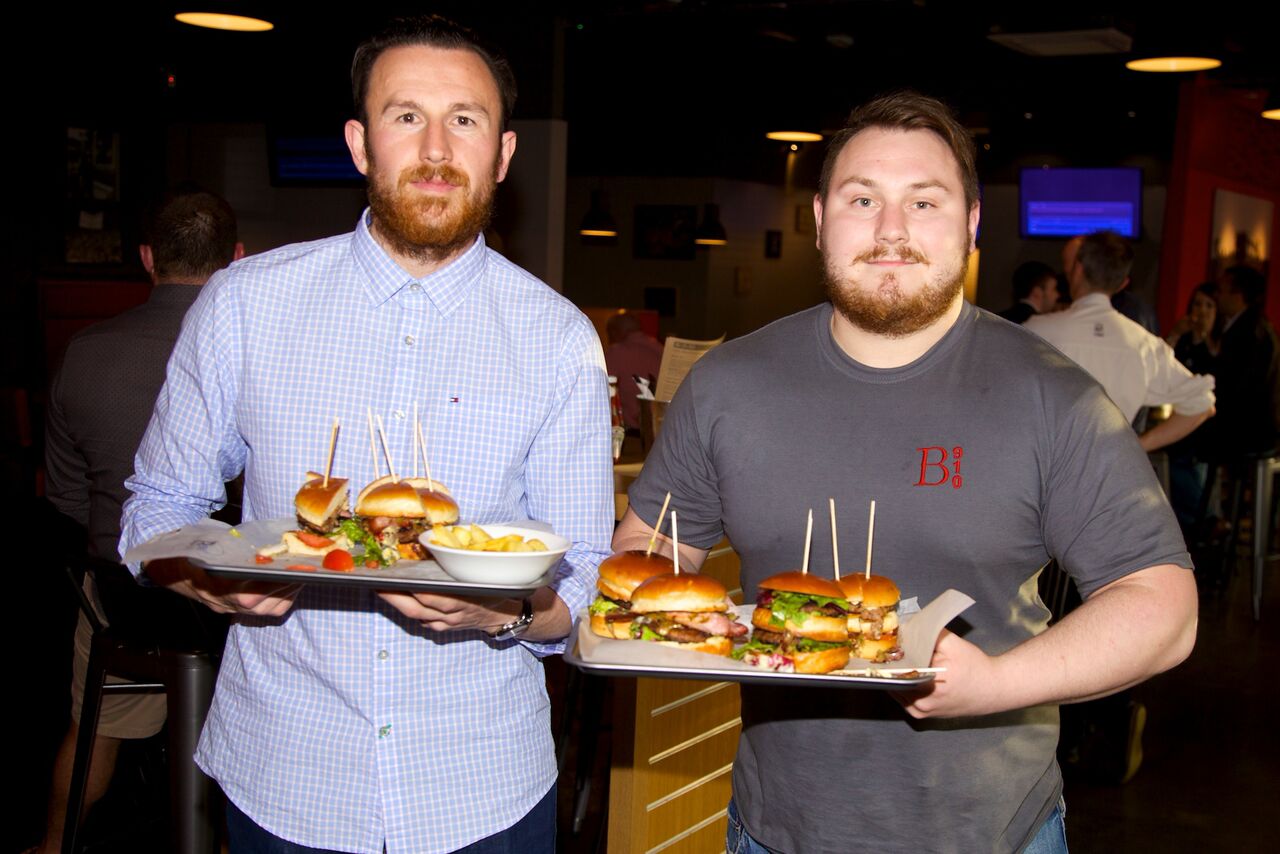 Blogger, Chris Carra, author of www.swanseaonaplate.com, wrote the following all about the evening:

The East Gate development in Swansea offers the residents of Llanelli a taste of something special. As well as a multimillion-pound theatre and state-of-the-art cinema, a handful of good quality eateries began to appear.

One of which arrived in December last year - B9-10 Bar, part-owned by Welsh rugby stars Stephen Jones and Dwayne Peel. The pair already had experience in the restaurant scene, having opened the award-winning Sosban in 2011, so I was happy to be invited to their bar for the launch of the new gourmet burger menu (more on that later).

The bar itself is bang in the middle of the East Gate development and is an inviting, modern space, although with such an industrial feel it could come across as a little cold. Still, there's plenty to look at besides exposed steel girders, with several nods to Llanelli's proud rugby heritage in the form of nostalgic photos and memorabilia on the walls.

I mentioned I was invited to the bar for the launch of the Bendigo Salt Marsh Lamb burger menu. Now, as I said in my recent review of Crumbs Kitchen, I've been eating less meat in recent months, mainly because - let's face it - we could all do with eating less meat.   However, when I do include meat in my diet, I try to ensure it's as ethical as possible, good quality and from nearby farms. So I was glad to learn that basically every part of the burgers on the new menu is locally sourced; from the meat that comes from the salt marshes of Llanrhidian, right down to the salad, which is also grown in the area.

The quality ingredients ensured a tasty burger - moist and meaty, with a delicate flavour that worked well with a variety of toppings. I tried a local blue cheese and bacon version, as well as a double-stacked one with a subtle garlic sauce. Nothing overpowering, with each ingredient complementing the others. The fluffy brioche bun held it all together.   A mention must be given to the pairing of the burgers with two craft beers: Bedrock Blond, produced by the Bluestone Brewering Co - a ten barrel brewery hailing from Preseli Hills of North Pembrokeshire - and the more mainstream, ultra-hoppy, and oddly-named, Dead Pony from Brew Dog.

Although for Swansea diners it's perhaps a little out of the way, it was a refreshing change for me and a trip up the A484 I'm glad I took.

Llanelli still finds it hard to shake the 'rough and ready' stereotype, but smart bars like B9-10 are doing plenty to help bring the town into the 21st century.

(All images taken by Byron Williams)